The City of Ashland operates under the laws of the State of Wisconsin as a city of the fourth class.

The Mayor is elected at-large for a four year term of office and presides over Council meetings. 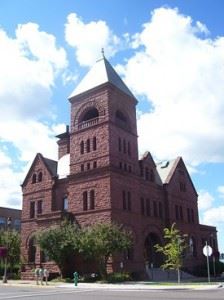 Eleven Councilors, elected for two-year, staggered terms and representing specific districts of the City, comprise the Ashland Common Council. The council serves as the legislative branch of city government, enacting ordinances and resolutions, approving the annual budget, setting policies, and taking other actions to guide the operations of the Ashland city government.

Elections are held in April of each year, preceded by a February primary if there are more than two candidates for the same office. At the annual organizational meeting in April, one council person is elected Council President, functioning as acting mayor, whenever required.

Minutes of all meetings of the Common Council, as well as minutes of Committees, Boards, Commissions, and Ad Hoc Committees, are maintained by the City Clerk’s office and are available online and for public review during regular City Hall office hours. Council minutes are also published in the Daily Press after they have been approved by motion of the Common Council.